Sign up for email alerts to be the first to know about project updates and other ways to be involved in the project by clicking on the button below.

The three-step screening process is described below: 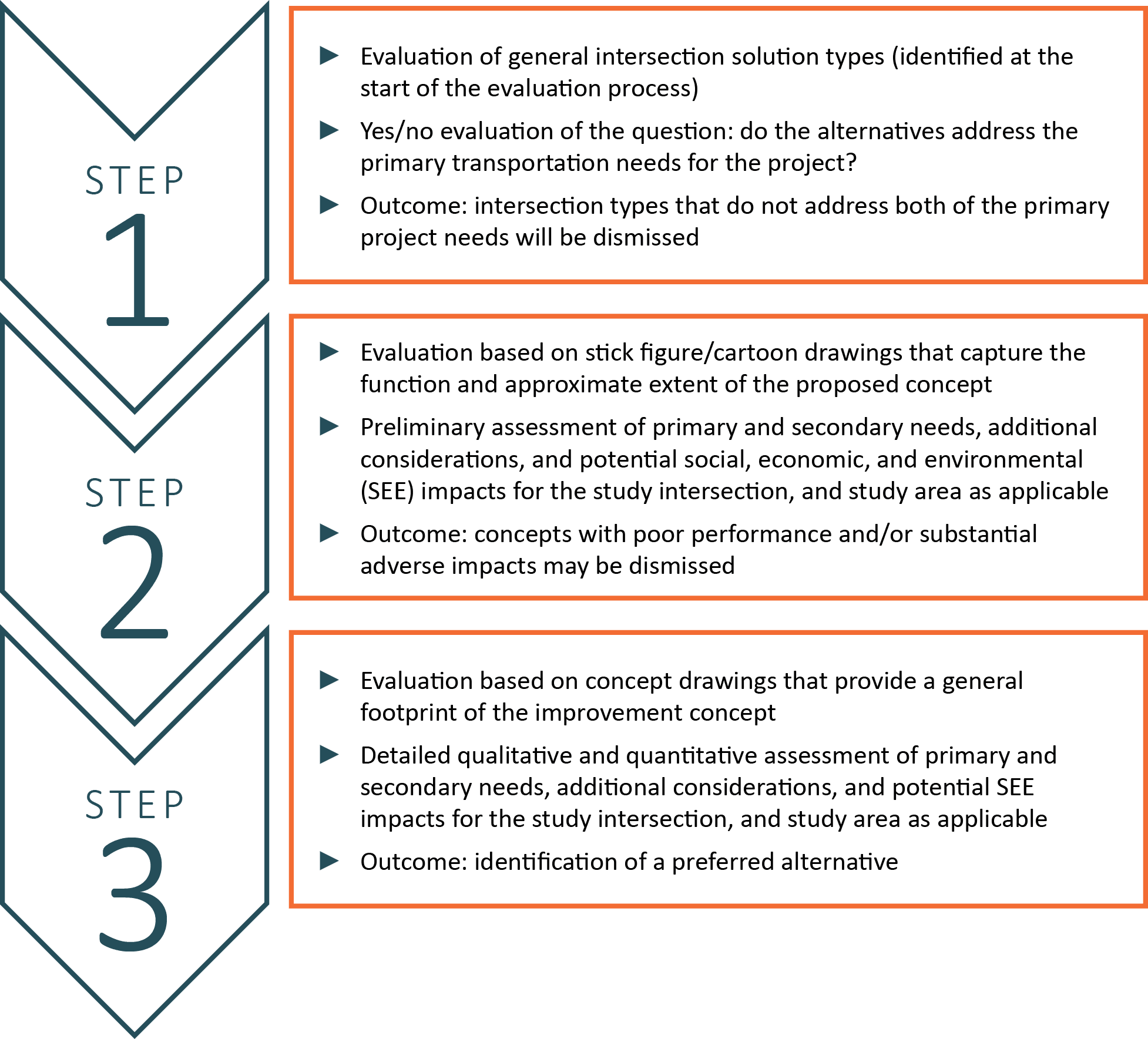 Intersection concepts will be evaluated using the criteria outlined in Appendix A – Evaluation Criteria, of the Purpose and Need Report.

Initial Step 1 criteria include comparing anticipated intersection crash rate reductions and the ratio of daily traffic volume to roadway capacity (demand/supply) against the existing (No-Build) condition. If a concept shows improvement over the No-Build condition for these two criteria, the concept will be advanced to Step 2.  Step 2 and Step 3 criteria include safety, mobility, bikeability/walkability, access, and social, economic, and environmental (SEE) impacts.

Intersection types being considered in Step 1

The following general intersection solution types are under consideration in Step 1 of the process:

Options Not Being Considered

Several options are not being considered for the first screening as they are not appropriate for the traffic volume patterns, magnitude of traffic volume, or facility context:

The draft Purpose and Need Document and draft Evaluation Criteria have been prepared as part of the environmental documentation phase of the project and will be used to help evaluate alternatives for improvements.

The information provided here is a summary of a longer technical report.

An online engagement was also available to view the materials that were shown at the in-person open house and provide feedback.