The mission of the Washington County Sheriff’s Office is to work in partnership with the community to provide quality public safety services in a reasonable manner through innovation, leadership, and the cooperation of dedicated people. 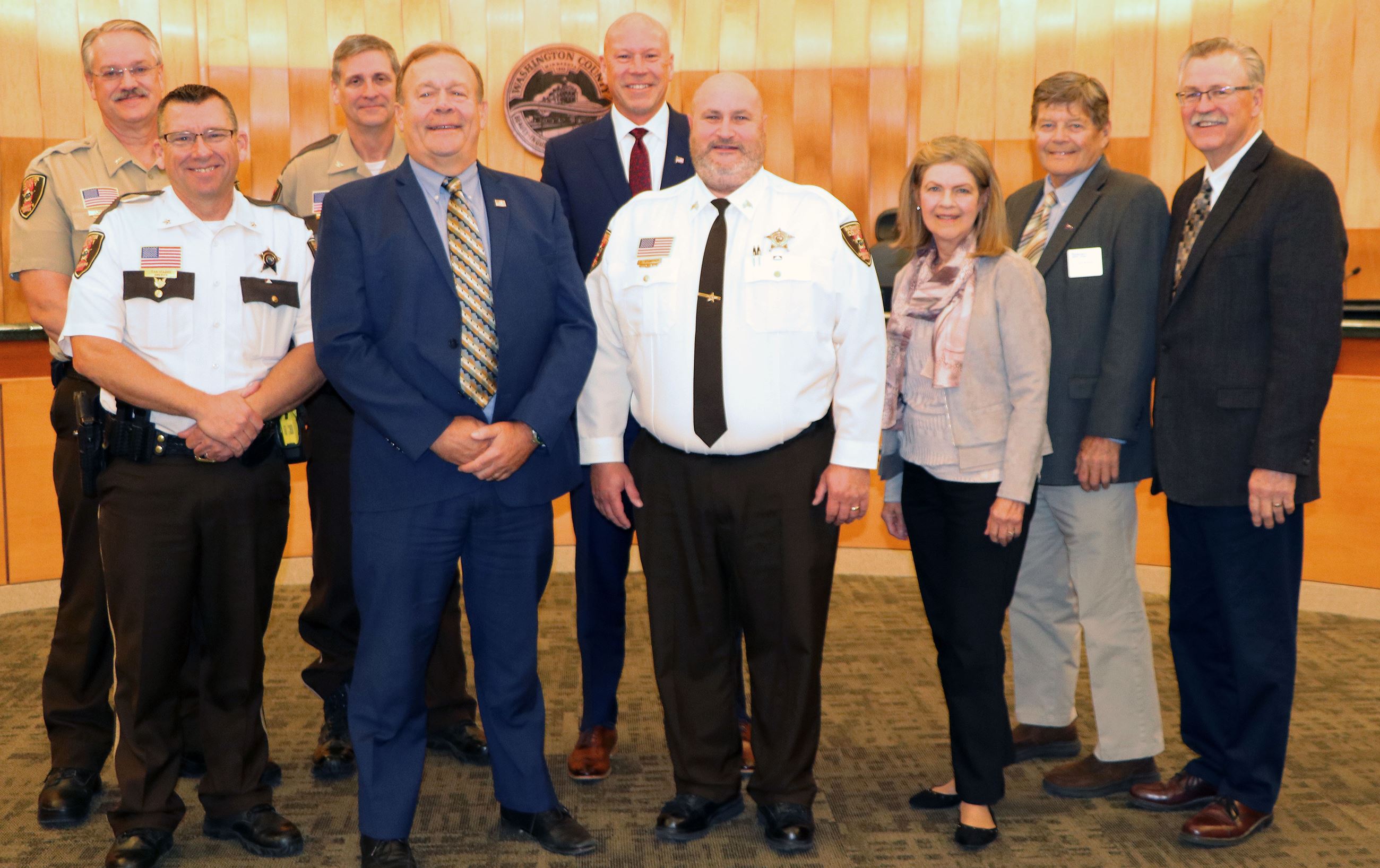 Stumpner was hired as a correctional officer in 1999. He was promoted to correctional sergeant in 2010. He worked as a shift sergeant, administrative operations sergeant, and is currently the program unit sergeant.

He exemplifies servant leadership, works very hard, is engaged, and will help anyone in the jail at any time. Stumpner is a positive leader who sees the big picture and has most recently implemented inmate tablets, a new GPS, and electronic home monitoring system. He is on the verge of implementing inmate video visitation. Stumpner has worked diligently as the prison rape elimination coordinator, and his work has been recognized positively in the last two inspections.

He is well liked by his peers and his programmers as a person with great integrity and dependability. He provides excellent public service and strives to have the inmates leave the jail better physically, mentally, and spiritually than when they came in.

Stumpner said that he is honored and humbled to receive this award. In his free time, he enjoys being outdoors, traveling, and rock hunting with his wife and two daughters.