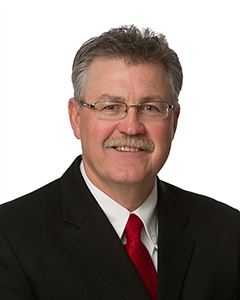 Served on County Board since 2012
Term of office expires 2024

Commissioner Miron has over 30 years of experience in elected office. He served 16 years as the mayor for the city of Hugo, and four years as a city of Hugo councilmember.

Commissioner Miron graduated from Forest Lake Area High School. He holds a bachelor of science degree from the University of Minnesota.

He and his wife own and operate the Miron Family Dairy & Crop Farm. In addition to having served as a city mayor, Commissioner Miron's farming background creates a special interest in the importance of expanding and retaining small businesses, conserving open spaces, protecting our natural resources, and planning for growth. He has served in numerous civic service organizations, including the University of Minnesota Extension Service. He is a director on the Forest Lake Community Scholarship Foundation board. He also served on a multijurisdictional transportation coalition, which guided the construction of the Interstate 35E interchange, and chaired the Hugo Economic Development Authority. He has also been involved in a number of agricultural organizations. With his family, they have won farm and conservation awards.

District 1 serves the cities of Dellwood, Forest Lake, Grant, Hugo, Marine on St. Croix, Scandia and May Township, as well as Precinct 1 of Mahtomedi. 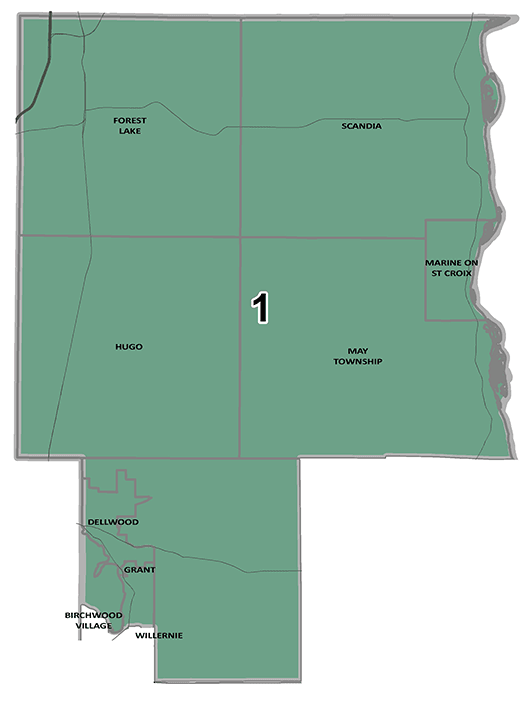